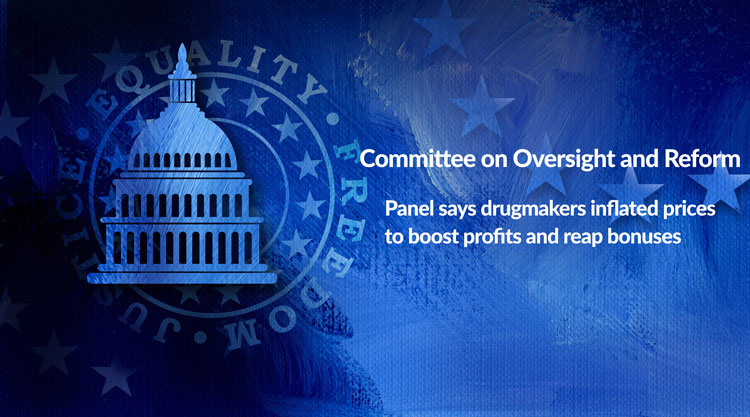 The Committee is holding two days of hearings with top executives of major drug companies to examine their pricing practices for some of the costliest drugs in the United States.  The hearings, titled “Unsustainable Drug Prices:  Testimony from the CEOs,” are taking place Wednesday, September 30, and Thursday, October 1, at 10 a.m.

On Wednesday, the committee heard from two executives involved in the princing of Revlimid. Revlimid was approved on June 29, 2006 for for use in combination with dexamethasone as a treatment for patients with multiple myeloma who have received at least one prior therapy but received a prior approval for MDS.

Since it’s launch in December 2005, the price of Revlimid has been increased 23 times. At launch, Revlimid was $215 per pill. The price today stands at $763 or more than three times the cost at launch.

The price today stands at $763 or more than three times the cost at launch.

Read more about the hearings

Agenda for the two day meeting: