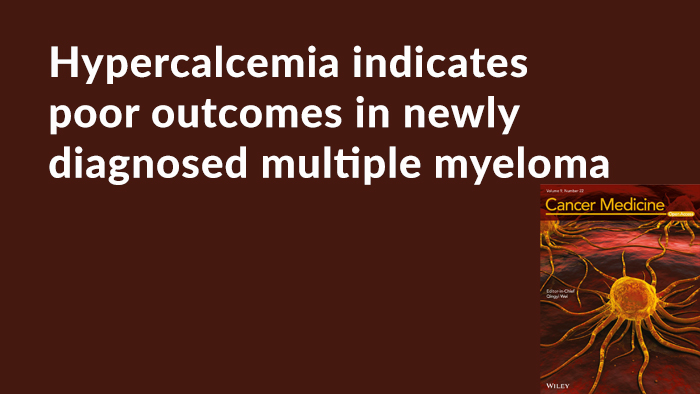 A new study published in Cancer Medicine demonstrates that Hypercalcemia is associated with poor rates of survival in patients with newly diagnosed myeloma (NDMM).

The researchers retrospectively evaluated the prognostic impact and mechanism of hypercalcemia in 357 patients with symptomatic NDMM who were initially diagnosed and followed up at Beijing Jishuitan Hospital between February 2013 and December 2019. Of the 357 patients, 16.8% had hypercalcemia at the time of diagnosis, and those patients had some common laboratory results.

Of all of those factors, the authors said serum PTH, hemoglobin, creatinine, and uric acid levels were the primary factors affecting hypercalcemia.

The presence of hypercalcemia was associated with significantly inferior survival

The presence of hypercalcemia was associated with significantly inferior survival (40 months vs 57 months, p < 0.05) based on univariate analysis.