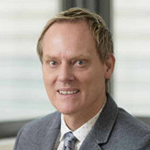 Recognized internationally as a leading authority in multiple myeloma treatment and research, Dr. Landgren is one of the pioneers in the development of MRD testing in myeloma.

Dr. Landgren’s research focuses on the development of novel treatment strategies and advanced disease monitoring by new minimal residual disease (MRD) assays, as well as biological studies focusing on disease and host biology. He also studies mechanism and markers of progression from MGUS/smoldering myeloma to symptomatic multiple myeloma, and the identification of high-risk precursor patients who may be candidates for early treatment. He has a strong interest in the development of early-treatment clinical trials targeting high-risk smoldering myeloma. 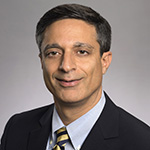 Dr. Sagar Lonial is internationally recognized as a leading authority in multiple myeloma treatment and research. A Board certified hematologist and medical oncologist, Dr. Lonial staffs and works both on the transplant service as well as in the B-cell malignancy clinic.

Dr. Lonial completed his Hematology-Oncology training at Emory University, and prior to that received his internal medicine residency at the Baylor College of Medicine in Houston Texas. There he spent an additional year as a Chief Medical Resident at the Ben Taub General Hospital as well as the Texas Heart Institute and St. Lukes Hospital.

Dr. Lonial is involved in numerous professional organizations including the American Society of Clinical Oncology, American Society of Hematology, and the American Society for Blood and Marrow Transplantation. He serves as Vice Chair of the Myeloma Committee in the Eastern Cooperative Oncology Group and as Chair of the Steering Committee for the Multiple Myeloma Research Consortium. Additionally, he is on the board of directors for the International Myeloma Society, and on the scientific Advisory Board for the International Myeloma Foundation. He is a member of the Discovery and Developmental Therapeutics Research Program at Winship Cancer Institute of Emory University. 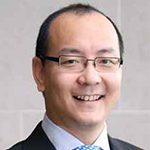 Prof Chng is the Director of the National University Cancer Institute, Singapore (NCIS).

Prof Chng obtained his medical degree from the University of Leeds, UK, and did his internal medicine residency in the United Kingdom. Fellowship training in haematology was completed in Singapore before he obtained an A*STAR international fellowship in 2004 to go to the Mayo Clinic for a research fellowship in multiple myeloma genetics. His current research is very translational and involves the use of high-resolution global genomic technique to understand biology, identify drug targets, understand drug resistance and improve disease prognosis in haematological malignancies, with the ultimate aim of improving patient’s outcome and personalizing treatment. 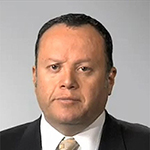 Dr. Rafael Fonseca is a Hematologist and Oncologist, and Chair of the Department of Internal Medicine at Mayo Clinic in Arizona.  He is the Getz Family Professor of Cancer and a Distinguished Mayo Investigator.

Dr. Fonseca completed medical school at Anahuac University, followed by residency at the University of Miami. Dr. Fonseca completed a fellowship at the Mayo Graduate School of Medicine in Clinical Hematology and Medical Oncology. His research focuses on understanding the disease biology and genetic characteristics of plasma cell disorders. He is also interested in myeloma clinical trials, developing novel therapies and biomarkers for myeloma bone disease. He has a special interest in targeting reactive oxygen metabolic pathways as a way to treat myeloma. 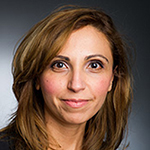 Dr. Ghobrial is Associate Professor of Medicine at Harvard Medical School and Dana Farber Cancer Institute. She is Director of the Michele & Steven Kirsch Laboratory and of the Clinical Investigator Research Program at Dana Farber. Her research interests include multiple myeloma and Waldenstrom’s macroglobulinemia.

Dr. Ghobrial’s research focuses on understanding the regulation of cell trafficking and cell metastasis in malignancies that disseminate in the bone marrow such as Multiple Myeloma (MM) and Waldenstrom Macroglobulinemia (WM). Her research specifically focuses on the role of the malignant bone marrow niche in disease progression from early precursor conditions like MGUS/smoldering MM to overt MM. 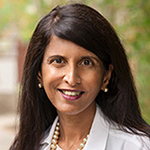 Amrita Y. Krishnan, MD, FACP has served as the Director of the Multiple Myeloma Program since 2008 at City of Hope in Duarte, California. Currently, she is also the Associate Director of Medical Education and Training in hematology and hematopoietic cell transplantation (HCT), an associate professor of Hematology and HCT, and is a staff physician at City of Hope.

Prior to receiving her medical degree at Albany Medical College, Dr. Krishnan completed her Bachelor of Science degree in Biology and Modern Languages at Union College in Schenectady, New York. She completed her clinical fellowship in Hematology/Oncology at Harvard Medical School, Beth Israel Deaconess Medical Center. In addition, Dr. Krishnan was a clinical fellow in the Bone Marrow Transplantation, Solid Tumor, and Lymphoma Autologous Marrow Program and served as a Research Fellow in the Division of Hematologic Malignancies at the Dana Farber Cancer Institute. She also completed a clinical rotation in Bone Marrow Transplantation at the Fred Hutchinson Cancer Research Center and a clinical fellowship at City of Hope.

Dr. Krishnan is a national chair on several multiple myeloma transplant studies and is actively involved as a Principal Investigator in Phase I trials for relapsed multiple myeloma. She is the current Co-Chair of the Center for International Blood and Marrow Transplant Research (CIBMTR) Plasma Cell Disorders Committee and a former Chair of the ASCO Plasma Cell Lymphoma Committee. 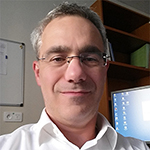 Xavier Leleu, MD, PhD, is Professor, Head of the myeloma clinic and head of the department of Haematology at Hôpital La Mileterie, part of the academic hospital of Poitiers (CHU), France.

Dr Leleu received his medical degree at the University of Bordeaux, France. He completed specialization in public healthcare and statistics at the University of Medicine of Paris, France and in haematology at the University of Medicine of Lille. Dr leleu was the head of the Myeloma clinic in Lille under Pr T Facon mentorship for almost 15 years. He received a Master’s in cellular biology at the University of Medicine of Lille in 2001 andcompleted his PhD in 2007 having done his research at Dana-Farber Cancer Institute, affiliated with Harvard Medical School, Boston, MA, USA. His main topic of research was the preclinical development of the novel agent and understanding mechanisms of resistance and of dormancy in Waldenström macroglobulinaemia and the clinical development of novel agents in multiple myeloma in the context of the most recent discovery in the biology of myeloma. He was trained with his mentors Dr IM Ghobrial and Dr SP Treon in Prof. Kenneth Anderson’s laboratory.

Doctor Leleu’s research is focussed on the biology and treatment of multiple myeloma, Waldenstrom’s macroglobulinemia and amyloidosis and he has published widely in the area. 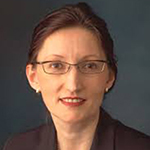 Dr. Lentzsch is an Associate Professor of Clinical Medicine and the Director of the Multiple Myeloma and Amyloidosis Program at the College of Physicians and Surgeons of Columbia University and at New York Presbyterian Hospital in New York.

After receiving her degrees from the Humboldt University/ Charité Berlin, Germany, she completed her residency and fellowship at Humboldt University. She did a research fellowship, studying the mechanism of action of thalidomide and its derivatives in multiple myeloma, in the Jerome Lipper Multiple Myeloma Center under the mentorship of Dr Kenneth Anderson at the Dana-Farber Cancer Institute, Boston, MA, USA.

Dr. Lentzsch is an internationally recognized expert in the field of Multiple Myeloma and Amyloidosis. She serves as a SWOG Myeloma Committee Member, SWOG Study Coordinator and International Myeloma Foundation “Black Swan Research Initiative” committee member. She is a member of the standing advisory board for the evaluation of Secondary Primary Malignancies associated with IMiDs. 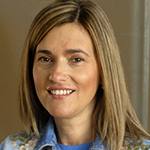 María-Victoria Mateos received a medical degree from the University of Valladolid in Spain and completed her residency in hematology at the University Hospital of Salamanca, where she also completed a doctoral degree (thesis: methylation of the p16 gene in multiple myeloma).

Dr. Mateos holds membership in several professional societies. She currently serves on the European Hematology Association (EHA) Scientific Program Committee and Advisory Board, as well as on the American Society of Hematology’s Scientific Committee on Plasma Cell Diseases. She is also a member of the Steering Committee for the Society of Hematologic Oncology, and she has been invited to join the ESH Scientific Committee. In 2015, Dr. Mateos was elected as a Councilor to the board of the EHA. She is also a member of the International Myeloma Working Group and the International Multiple Myeloma Society, and a member of the boards of both the Programa para el Estudio de la Terapéutica en Hemopatía Maligna (PETHEMA) and Spanish Myeloma Group (GEM).

An active researcher, Dr. Mateos has coordinated many clinical trials in elderly patients and patients with smoldering myeloma; her work has profoundly influenced current options for treating these patient populations. She has published over 150 papers in peer- reviewed international journals, some of which have become key references. Additionally, she is Associate Editor of myeloma in Annals of Haematology and a reviewer for several top journals, including the New England Journal of Medicine, Lancet, and Lancet Oncology. 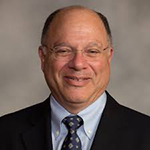 Dr. Robert Rifkin is a hematologist/oncologist at Rocky Mountain Cancer Centers in Colorado and is an Associate Chair in Myeloma at US Oncology Research.

Dr. Rifkin received his undergraduate degree from Colorado College and his medical degree from University of Colorado Denver School of Medicine. He served his Medical Oncology/Hematology Fellowship at the University of Arizona Health Sciences Center. 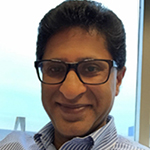 Dr Vij is Professor of Medicine at Washington University School of Medicine in the Division of Medical Oncology, Section of Bone Marrow Transplantation and Leukemia.

Dr Vij’s primary academic interests include the treatment of hematologic malignancies and hematopoietic stem cell transplantation. He has research interests in multiple myeloma and AML/myelodysplastic syndromes. He serves on numerous committees including the International Myeloma Working Group (IMWG) the Core Transplant, Myeloma and Leukemia Committees of the CALGB and Steering Committee of the Multiple Myeloma Research Consortium, And the Myeloma Committee of the BMT Clinical Trials Network (CTN). His honors include the Multiple Myeloma Research Foundation Innovator Award (2013) and the Multiple Myeloma Research Consortium Center of Excellence Award (2011).He is an author on over 130 publications in journals such as Blood, Journal of Clinical Oncology, Bone Marrow Transplantation, Biology of Blood and Marrow Transplantation. He has authored a book “Contemporary Management of Multiple Myeloma” and several book chapters including “Multiple Myeloma and Plasma Cell Dyscrasias” for the Washington Manual of Oncology. He has served as a reviewer for journals including Blood, Journal of Clinical Oncology, Bone Marrow Transplantation, Experimental Hematology, and Haematologica.

This website uses cookies to improve your experience while you navigate through the website. Out of these cookies, the cookies that are categorized as necessary are stored on your browser as they are essential for the working of basic functionalities of the website. We also use third-party cookies that help us analyze and understand how you use this website. These cookies will be stored in your browser only with your consent. You also have the option to opt-out of these cookies. But opting out of some of these cookies may have an effect on your browsing experience.
Necessary Always Enabled
Necessary cookies are absolutely essential for the website to function properly. This category only includes cookies that ensures basic functionalities and security features of the website. These cookies do not store any personal information.
Non-necessary
Any cookies that may not be particularly necessary for the website to function and is used specifically to collect user personal data via analytics, ads, other embedded contents are termed as non-necessary cookies. It is mandatory to procure user consent prior to running these cookies on your website.
SAVE & ACCEPT